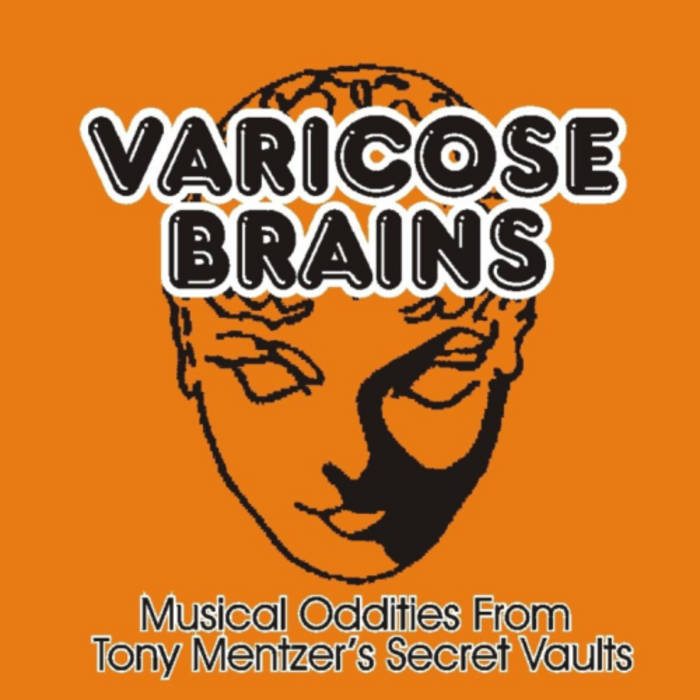 Singer, songwriter, multi-instumentalist, Tony Mentzer, a native of West Middlesex, PA, was a founding member of regionally successful rock band, The Infidels, before leaving in 1985. It was around this time that Tony began to experiment with the wonders of home 4-track recording and though the equipment has changed over the years, the mission has remained the same. And its a secret mission.

A self-released, 90 minute cassette album, "Varicose Brains", was an extremely disturbing & provocative collection of pop songs, sound collages, spoken word experiments and chaotic ambience. Tony gained fans as the album circulated throughout the underground and through independent 'zine reviews. FACTSHEET 5 called it "a must for astral travelers". One fan was so moved by this collection that it was the only cassette she brought on a summer back-packing expedition through Europe (according to her postcard!).

This is the first release in the 2013 Bakery/Crabapple Records joint project to reissue all or most of Tony's home-recorded solo work spanning the late 80's through 2013.

Varicose Brains was digitally remastered from the original cassette master for your listening enjoyment. This reissue contains the full 90 minute album as it was originally featured on the cassette and has not been previously released in its entirety until now.

Fresh out of the oven from ’89 comes Tony Mentzer’s Varicose Brains for your baking pleasure. Originally a 90 minute cassette only release, Crabapple Records have teamed up with Bakery Records to bring Mentzer’s 4-track opus up from the deep. A dizzying collection of ambiance, texture, collage, pop and flat-out wood-paneled basement weirdness, Varicose Brains is the first of this joint venture’s campaign to bring Tony’s work from ’89 through the here and now out into the wider open. Whether they strike you as field recordings from the fringe or a cry for help is your call. The last thing on Mentzer’s mind, I’m sure, was how this was going to be received, though at least one smitten recipient apparently back-packed through Europe armed only with VB for sonic digestion. In some skewed way, that’s about as telling about Mentzer’s catalog as anything; minimally armed, setting out on your own, seeing where you end up and taking that for what it is. That said, this isn’t tossed off wankery or thoughtless knob-twiddling pushed off as ‘art.’ Lengthy excursions like Empty-Headed Overture in “C” and 9 Miles From Titan lay those potential accusations to rest, as do the more straight-ahead offerings like the psychy garage pop of Four Leaf Clover. Bereft of mass appeal and sure to alienate as many people now as it did then, VB succeeds on its own terms. And with Mentzer’s output over the years doing the same, that says as much about others’ brains as it does his.

Originally released on cassette in 1989.
Digitally mastered by Todd Parker at dbs digital, Hoboken, NJ in 1996

Singer, songwriter, multi-instumentalist, Tony Mentzer, a native of West Middlesex, PA, was a founding member of regionally successful rock band, The Infidels, before leaving in 1985. It was around this time that Tony began to experiment with the wonders of home 4-track recording and though the equipment has changed over the years, the mission remained the same. Tony passed away in April of 2018. ... more

Bandcamp Daily  your guide to the world of Bandcamp